If your Influence database is setup as a multi-office system, it is possible to restrict certain Role codes to certain offices.

Use the text against the Job/Role code (code 903) to filter by office.
[[OFFICE=XXX,YYY,ZZZ]] to show the job code on offices XXX,YYY and ZZZ

If the [[OFFICE]] tag is not in the text, then job code can be used on all offices. 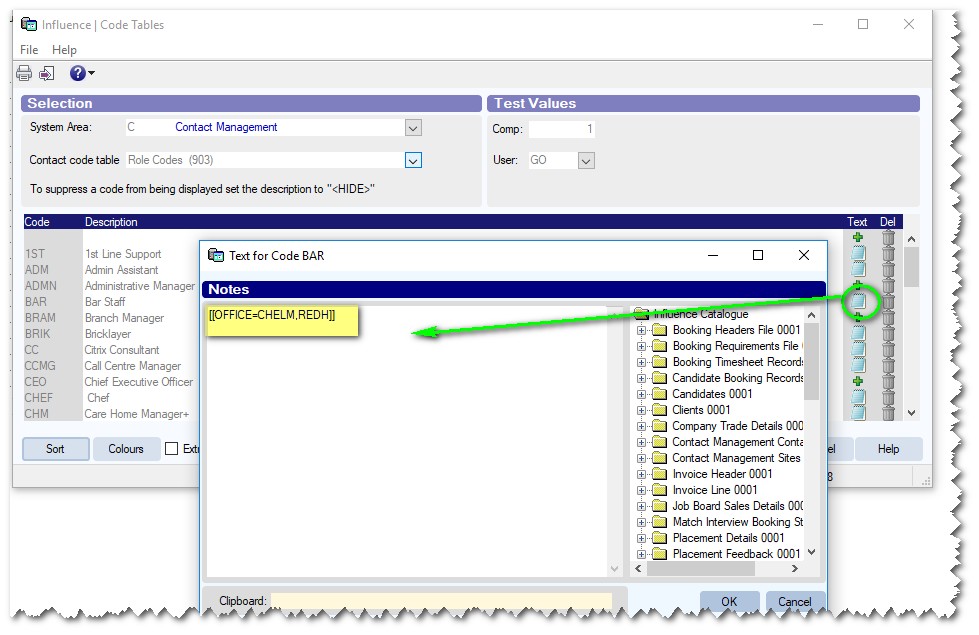 In the example above, the Role Code BAR (Bar Staff) has been restricted so as to only be available for the CHELMSFORD / REDHILL Offices. All other Offices in the database will not have access to the Role code "BAR".

When logged into an office other than those specified on the Role code, then that Role will not be available for use in any of the Role Code Drop-down lists in the system 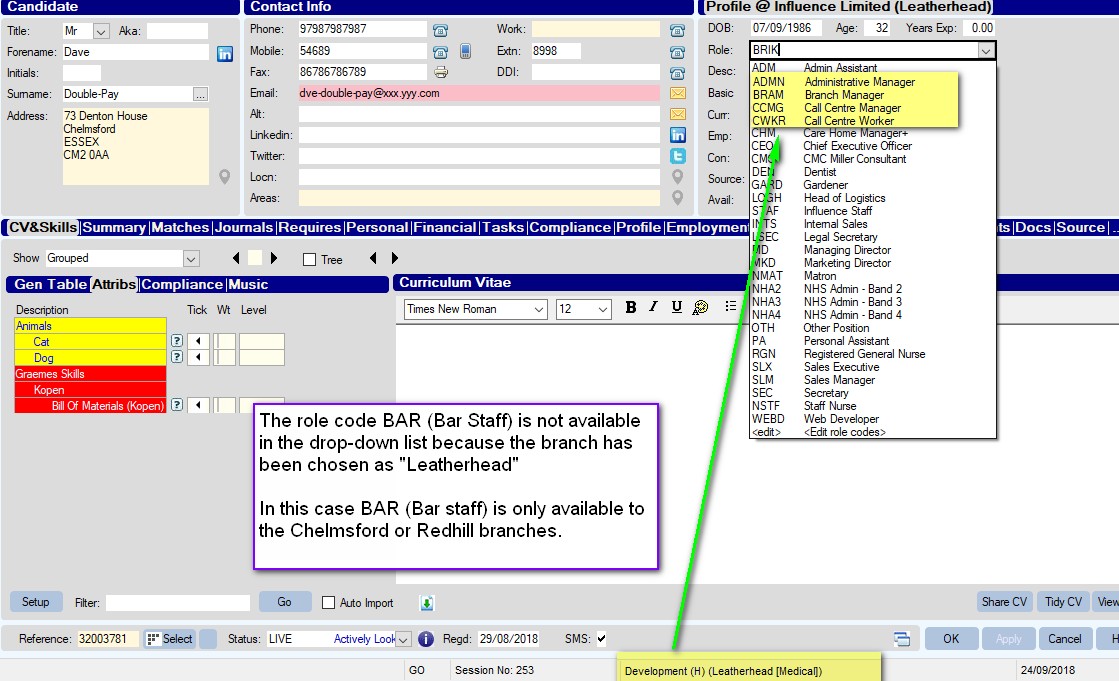